Several factors have once again put pressure on the supply chain in China. The Chinese authorities are implementing strict quarantine measures and lockdowns to prevent the spread of the Delta variant. This in turn has somewhat jeopardized the normal functioning of the air cargo industry. In today’s blog, we are going to talk about the causes of the supply chain disruptions in China and how it is affecting the international air freight sector.

The decisions of the Chinese government to take stricter measures for controlling the surge of infections have negatively impacted the cargo operations at several airports. Additionally, the new quarantine rules for the workforce at the major Chinese gateways are putting further pressure on the country’s air cargo industry. Although the new quarantine measures affected the sea freight industry, it is the air cargo industry that is facing major disruptions. The new quarantine measures seriously affected more than 15 airports. This is nothing short of a disaster for the freight forwarding industry as we are approaching the peak holiday season. This is precisely why the air freight forwarders are struggling to keep up with high demand. 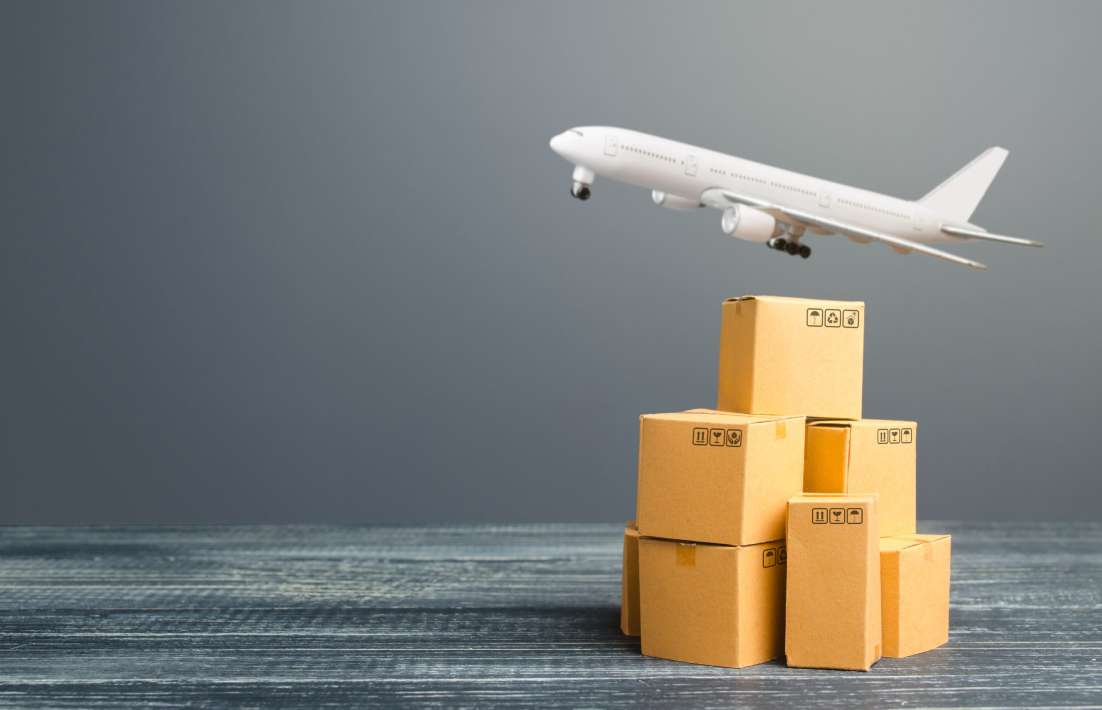 To make matters worse, the reduced crew availability has forced the airlines to cancel numerous flights. Moreover, a few weeks back, Beijing Airport was operating at 43% capacity, Xiamen Airport at 66% capacity and Shanghai Pudong Airport at 33% capacity. The cancellation of flights has further reduced the capacity of these airports. Furthermore, several crew members have tested positive for Covid which in turn has resulted in a scarcity of crew. The unavailability of crew prompted the carriers to cancel several freighter rotations as well as passenger flights.

China Eastern Airlines and China Cargo Airlines have cancelled passenger belly freighters for a few weeks to come. It is not surprising that industry experts are expecting airport congestion and further delays. All the important Chinese airports are operating at limited capacity. Therefore, the shortage of cargo capacity and workforce might soon trigger a spike in air freight rates. Some parts of Asia will be more affected by the rate surge than others. Nevertheless, the overall market situation isn’t going to be easy. This is more problematic since the volume of goods has increased much more than the pre-pandemic level. The decrease in capacity of the air cargo industry will possibly drive a demand-supply imbalance.

Every Chinese airport has implemented different approaches to curb infections. For example, at Shanghai airport (the main air cargo hub), the workers are working every day of the week. The following week they quarantine at a government hotel which is followed by another week of quarantine at home before resuming the same cycle. As a result, over half the crew at the airport are missing in action. This has limited the capacity of the airport leading to considerable delays.

Additionally, the airlines are changing crews in Seoul and Tokyo to bypass the strict Chinese requirements for pilots to quarantine for 2 weeks. This is further diminishing the pilot pool and the number of flights in operation. Moreover, the ground handling force is quitting in large numbers since the processing time for imported goods is three times that of normal.

The Typhoon In-Fa in the last week of July led to the shut down of Shanghai port and airport for a few days. The typhoon caused severe rain and flooding in certain provinces which disrupted the Zhengzhou air freight hub. As stated by a representative of Cargolux a major Chinese cargo airline, “Flight delays have been experienced, but things are returning to normal. Although cargo flights are not restricted, customs processing of imports into CGO are delayed, but exports are not affected.”

The typhoon also resulted in the closure of the port and airport of Shanghai. Even warehousing operations were stalled for a few days. Over a hundred flights between Shanghai and Ningbo were suspended. Moreover, a large volume of cargo piled up at Pudong and it took a long time for the carriers to resume normal flight schedules. This undoubtedly took a toll on space capacity. On top of this, the flooding also disrupted the rail and road freight services that put more pressure on the air cargo industry.

The impact of the disruptions on the air freight forwarding experts

The Airlines are adopting new measures

The airlines are coming up with new measures to adjusting to the changed conditions. For example, they are now departing without unloading inbound loads. They are doing this to avoid situations where the crew might get stuck in China because of flight cancellations. Flexport has halted freight movement from the USA to Shanghai on their dedicated freighters for lowering the risk of delays in outbound freight.

Additionally, Chinese carriers like Air China have scrapped all cargo-only passenger planes from China to the US. They are resorted to this measure to have sufficient crew for operating their freighters. Moreover, after the crew members of China Eastern Airlines tested positive, the Chinese authorities cancelled all overnight cargo charter planes to the USA, France, and Germany till the end of August. China Eastern Airlines also cancelled a number of passenger freighters for dedicated freight customers. Apart from the Chinese Airlines several passenger and cargo carriers have cancelled flights from China to other countries.

Rates are going up

According to industry experts, the present air cargo disruptions could push air freight prices by almost $20 per Kg on certain trade lanes. As a result, the air cargo will become 5 to 6 times more expensive. In other words, it will reach the same level as the early days of the pandemic. As per the latest data from the logistics industry, Beijing Airport suspended 43% of the daily total flights. Additionally, the airlines cancelled 408 flights at Shanghai Pudong Airport. Sunan Shuofang Airport and Xiamen Airport cancelled almost two-thirds of their total number of flights.

To quote Neel Jones Shah from Flexport, “You’re taking a few thousand tons a week of capacity out of an already very tight market, so that is going to have a subsequent impact on rates. They’ve gone up in the past several days as a lot of these decisions have been made. And I suspect we’re going to be in super peak market conditions here in the coming days.”